On June 27th, Vertex Pharmaceuticals gets European CHMP’s (Committee for Medicinal Products for Human Use) positive opinion recommending the approval of orphan drug Kalydeco (Ivacaftor) for Cystic Fibrosis (CF) patients, ages 6 and older, who have 1 of the following 8 non-G551D gating mutations, in the Cystic Fibrosis Transmembrane Conductance Regulator (CFTR) gene:

These 8 additional mutations affects approximately 250 patients in Europe. The next step, is for the European Commission (EC), that has the authority to approve drugs for the European Union, to review the CHMP’s positive opinion. The EC usually follows the recommendation of the CHMP and issues a marketing approval within 3 – 4 months. Kalydeco receives approval in Europe in July 2012 for patients with CF ages 6 and older, who have at least 1 copy of the G551D mutation, which is the most common gating… ARTICLE REFERENCE: How to survive an FDA audit by Paul Dupont

The arrival of an audit inspection can instill feelings of fear and anxiety that can be duly diffused with the right preparation and mentality.

We’ve compiled a few concise pointers to help see you through the process.

Keep your employees in the loop

Identify several key members of personnel to liaise with the investigator during the audit process, and make them aware of their role. Prepare them as best as possible, so that they are in line with your organisation’s approach to the audit.

Spend some time to familiarise yourself with the regulations, to make sure that your daily processes conform to the required standard.

Try not to be overly defensive in response to the investigator’s criticisms. Think clearly, and discuss the issue at hand openly. ‘You’re more likely to respond to… 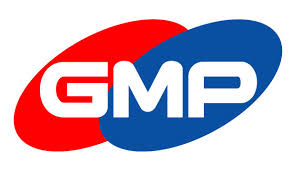 What GMP Changes can we still expect for 2014? 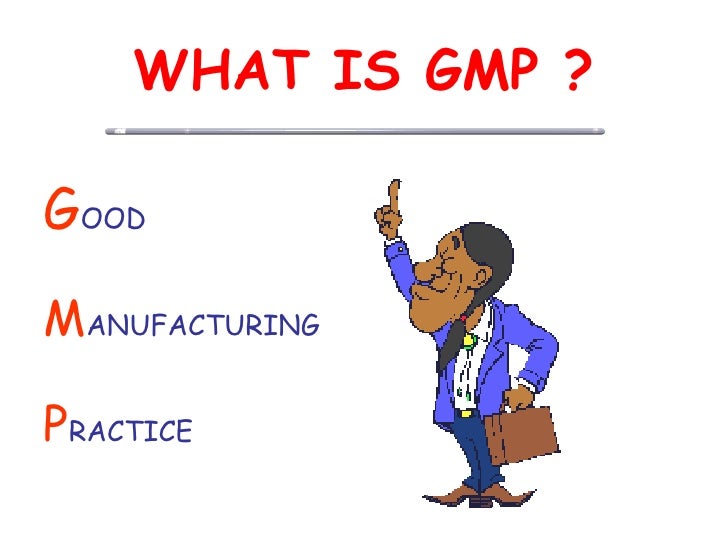 Heraclitus once said: “There is nothing permanent except change”. This statement is even true for the rather conservative GMP environment. What can we still expect for 2014? The answer to that question can be found in a work plan of EMA’s GMP/GDP Inspectors Working Group.

What are the coming plans?

Stability Data for ANDAs in the USA: a new Q&A Document of the FDA provides further Clarity
The applicant for an ANDA in the USA has to submit data of several stability tests. The FDA guidance on this topic coming into force last year left open some issues, however, that now are clarified with a questions and answers document published lately. 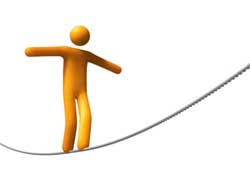 Stability Data for ANDAs in the USA: a new Q&A Document of the FDA provides further Clarity

The FDA Guidance for Industry with the title “ANDAs: Stability Testing of Drug Substances and Drug Products” was published in the Federal Register on 20 June 2013 (also see our News dated 1 August 2013) and is addressed to applicants for ANDAs in the USA. This guidance describes the stability data the FDA expects in the documents submitted for an ANDA and is rather short having…

http://www.gmp-compliance.org/enews_4367_FDA%20issues%20Warning%20Letter%20for%20API%20Facility_8509,S-WKS_n.html
The US FDA has issued a Warning Letter to Tianjin Zhongan Pharmaceutical Co. Ltd. in Tianjin, China. The company produces APIs and failed to establish adequate GMP procedures at the facility. Read more about the FDA Warning Letter. 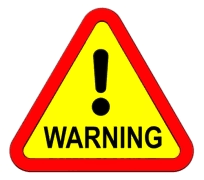 FDA issues Warning Letter for API Facility
The US FDA has issued a Warning Letter to Tianjin Zhongan Pharmaceutical Co. Ltd. in Tianjin, China. The company produces APIs and failed to establish adequate GMP procedures at the facility.

For quite some time India was in the center of attention and very little was heard about GMP problems in China (see also RAPS article). This is a bit surprising because a number of non-compliant facilities have been detected in the past. Also the facilities which caused the Heparin Scandal were located in China. The last enforcement action from FDA which became public referred to Import… 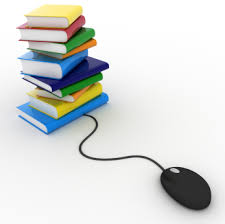 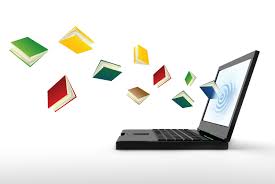 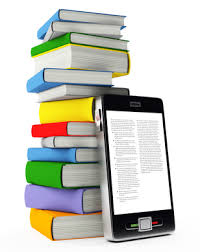 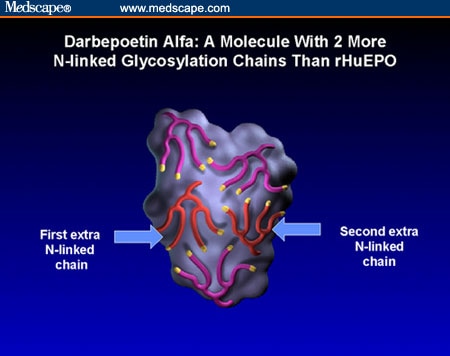 The Hetero Group, one of the largest manufacturers and suppliers of activepharmaceutical ingredients to the Indian pharmaceutical industry, yesterdayannounced the launch of its first biosimilar product in India, darbepoetin alfa.

The Seven Basic Tools of Quality

These are the “must” list for SPC programs. Anyone installing and using an SPC program will use most of these seven tools.

1. Flowcharts– A pictorial (graphical) representation of the process flow – showing the process inputs, activities, and outputs in the order in which they occur.

2. Checksheets – A list of items inspected (checked). The list is usually organized in a standardized format designed to facilitate information gathering and, later, quantitative analysis. It also assures that different people will collect required information in the same way.

3. Histograms – A graphical summary of variation in a set of data. A pictorial means of organizing, summarizing, analyzing, and displaying data.

4. ParetoAnalysis – Uses a specially organized histogram (the Pareto chart) to provide a picture that instantly identifies those problem of greatest concern – those problems that should be addressed first.

5. Cause and effect diagram – As the name implies, this tool is just a tool of causes and effects diagrammed to show the interrelationships. The diagram is a form of tree diagram on its side so that it looks like a fishbone. It is also called Ishikawa diagram after the man who invented it.

7. Control Charts – Graphs of one or more important characteristics of a product. They are statistical techniques to analyze the process, and to provide information for correction and improvement of the process, and thus the products produced on that process.

1. Affinity diagrams – The affinity diagram is a visual tool that allows an individual or a team to group a large number of ideas, issues, observations or items into categories for further analysis. The tool groups the ideas in a way that allows those with natural relationships or relevance to be placed together in the same group or category.

3. Matrix diagram – Analysis relations between two different factors. Also used in developing customer requirements into design requirements, then into vendor or purchasing requirements, and then into production requirements (In this form it is also called as Quality Function Deployment – QFD – Diagram)

5. Process decision program chart (PDPC) – Used to guide the implementation process. It organizes each possible chain of events in a complex plan so that all possible events are identified and planned.  For instance, anything that can possibly can go wrong will be identified, and a plan, and resources, already formulated in case any of these problem occur.

7. Tree Diagram – A tree diagram allows you to detail a conceptual or high level goal into more operational tasks to achieve the desired result. The tree diagram starts with one item that branch into two or more branches, each of which branches into two or more, and so on.

The Seven Basic Tools of Quality is a designation given to a fixed set of graphical techniques identified as being most helpful in troubleshooting issues related to quality.[1] They are called basic because they are suitable for people with little formal training in statistics and because they can be used to solve the vast majority of quality-related issues.[2]

The designation arose in postwar Japan, inspired by the seven famous weapons of Benkei.[6] It was possibly introduced by Kaoru Ishikawa who in turn was influenced by a series of lectures W. Edwards Deming had given to Japanese engineers and scientists in 1950.[7] At that time, companies that had set about training their workforces in statistical quality control found that the complexity of the subject intimidated the vast majority of their workers and scaled back training to focus primarily on simpler methods which suffice for most quality-related issues.[8]

The purpose of a flowchart is to provide a graphic representation of the elements, components, or tasks associated with a process. 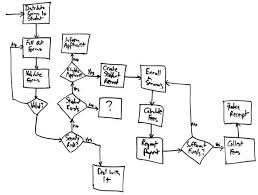 Flowcharts are helpful for documentation purposes and, through standardized symbols, promote a common understanding of process steps and the relationships/ dependencies among those process steps.

Flowcharts can be prepared for and used at a high level, where readers/users of the flowcharts may not be familiar with process-specific jargon or terminology. In the high-level application, flowcharts are intended to help readers/users understand what may be a complex process without providing unnecessary, and potentially confusing, detail.

Likewise, flowcharts can be prepared for and used at a detail level where readers/users have familiarity and expertise with a given process. In the detail-level application, flowcharts are intended to help readers/users perform analyses most commonly related to optimization or process improvement. 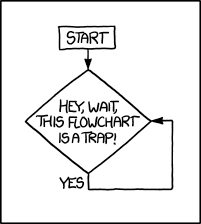 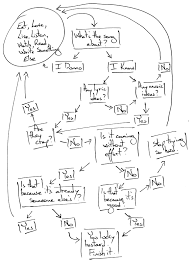 Hallock, Alper, and Karsh (2006) present a process improvement study on diagnostic testing in an outpatient healthcare facility. The purpose of the study was to determine what factors contributed to the delay of notification of test results to patients. A general flowchart for overall diagnostic testing process was presented similar to the one in Figure. 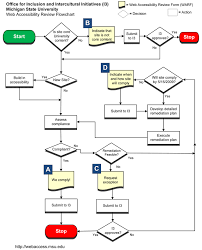 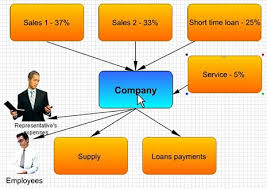 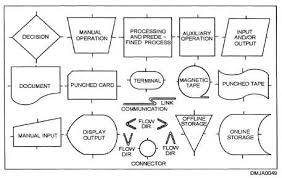