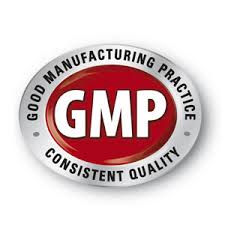 Still a GMP problem? Or already a criminal act? Do we need more stringent measures and enforcement in certain situations?

Sometimes EU and FDA Inspectors discover serious GMP deviations and fraud during an inspection. What are the consequences and do we need to think about additional measures? Please read more in our GMP News.

When GMP issues are discussed, different interpretations are possible. Sometimes, the implementation of GMP regulations and expectations can be a challenge. However, everyone involved should do his/her best to make sure that GMP has been put in place and that patient safety is ultimately guaranteed.

Now and again, companies may receive GMP Non-Compliance Statements from EU Inspectors or Warning Letters from US FDA Inspectors because of non-compliance issues identified during inspections. This is a serious situation for the companies involved. Organisational problems and frequently also gross mismanagement can be the reasons for these deviations. In most cases companies react professionally to such situations; they identify the underlying root cause and take corrective actions to avoid future problems.

But how to deal with situations where fraud is involved (e.g. Ranbaxy case)? Or when GMP deviations are so serious that they can no longer be just considered as an accidental mistake? Everyone in the GMP environment should be shocked when data have been faked or adulterated, or when not even basic GMP processes have been implemented. How to deal with these companies? Can we already talk about criminal acts?
For example, just a few days ago, the US FDA issued a Warning Letter and an import alert for Marck Biosciences Ltd in India. The content is repulsive and scandalous for the company. The Warning Letter states:  During the inspection, “investigators noted significant mold growth in the washroom located at the entry to the sterile manufacturing area. The ceiling of this room had been allowed to deteriorate to such an extent that it caved in. This room shares a common mezzanine with the adjacent sterile processing rooms.” Moreover, the company faked GMP records and released products to the market which could endanger patient safety. Staff members and management must have known for a long time about the situation. But instead of fixing the problem they neglected these obvious GMP deviations and even lied about the real situation by faking documents.

If FDA or EU Inspectors would identify such a similar issue on their own territory a criminal investigation would be the consequence. Especially when patient safety is at risk or when patients have already been hurt (e.g. Heparin case). But how to deal with companies which are located outside of their territory? Is an import stop still sufficient here? Maybe regulators should think about further actions to be taken against those companies and their management when a GMP deviation can no longer be considered as an accidental error but a criminal act. The information provider Regulatory Focus (RABS) already lists 12 companies in India where serious data integrity issues including faking of documents have been observed. Most of these cases can not be considered as a GMP problem but must be considered as a deliberate adulteration and falsification of data (fraud).

In our GMP News US Regulators may ask CEO to certify Compliance we wrote about additional actions which have been considered by the US Department of Justice to increase the pressure on companies and management. This might serve as the first step to better deal with situations where companies and management deliberately put patient safety at risk.

One thought on “Still a GMP problem? Or already a criminal act? Do we need more stringent measures and enforcement in certain situations?”

for friends who use wheelchairs

Author : Karmic Kids, All Aboard, Once Upon A Crush and The Reluctant Detective. Mail me at kiranmanral@gmail.com