Why is data exclusivity granted?

The rationale for granting data and market exclusivity is to compensate the innovator company for the investment it has put in to developing the new medicinal product and to generating the data required to obtain a marketing authorisation.

Regulatory approval for medicinal products requires applicants to provide information about the efficacy and safety of their product to regulatory authorities. The first applicant for approval of a new medicinal product must provide a substantial body of data relating to the product (including the results of pre-clinical tests and clinical trials).
The regulatory regime permits generic companies, who subsequently wish to gain their own approval for the same drug substance, to rely on information filed by the innovator company that made the first application.  In order to be able to benefit from the data provided by the innovator in their regulatory filings for that medicinal product – the “reference medicinal product” – a generic company must show that their product has the same qualitative and quantitative composition as that product and that it is bioequivalent.

So what is the impact of a product enjoying “data exclusivity”?

An extra year of protection for new indications

As noted above, the rules determining exclusivity changed in 2005. Under the “old rules” data exclusivity lasted either 6 or 10 years. The “new rules” follow an “8 + 2 + 1” year approach: 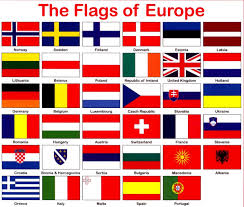 “Under the ‘old rules’ data exclusivity lasted up to 10 years. The ‘new rules’ follow an ‘8 + 2 + 1’ year approach.”
How to Calculate Data Exclusivity Periods in Europe
An application for approval of a New Chemical Entity must contain data to allow assessment of the safety and efficacy profile. These data include pharmacological and toxicological tests and the results of clinical trials.
To avoid repeating such tests and trials, applications for generic pharmaceutical substances are not required to include these data; instead they may rely on the data provided in relation to the NCE application. However, EC directive 2001/83/EC prevents regulatory authorities from accepting applications for approval of generics that rely on this data until a data exclusivity period has expired.
This period starts on the day of the first marketing authorisation in the European Community (including Liechtenstein/Switzerland), and expires either six or ten years thereafter, depending on the country in which the application is to be filed and the procedure used to file it.
Data exclusivity relates to the active ingredient per se, new periods of data exclusivity are not applied to later approval of new dosage forms, routes of administration or indications. 1) To calculate the expiry of the data exclusivity period for centralised applications add 10 years to the corresponding European First Marketing Authorisation Date shown in the Pipeline Selector Report. 2) To calculate the expiry of the data exclusivity period for national or mutual recognition procedure applications, add the term from the following table to the corresponding European First Marketing Authorisation
Exclusivity …….Period ………..Country
10 Years
Belgium (BE) France (FR) Germany (DE) Italy (IT) Luxembourg (LU) Netherlands (NL) Sweden (SE) United Kingdom (UK)
6 years
Austria (AT) Denmark (DK) Finland (FI) Greece (GR) Iceland (IS) Ireland (IRL) Norway (NO) Portugal (PT) Spain (ES) Other, acceding countries*
* Poland has a data exclusivity period of 3 years for approvals prior to 1/5/2004 and 6 years thereafter. Hungary, Slovenia, Slovakia and Malta have requested transitional data exclusivity periods.

New Data Exclusivity Provisions for Europe A New Data protection directive (2004/27/EC) has been introduced in Europe, which provides eight years of protection from the first European Community marketing authorisation date, after which a European regulatory body may accept an application for approval of a generic. However, the product may not be marketed within ten years of the first European Community marketing authorisation date. An additional one year period of data exclusivity is allowed in respect of new indications with ‘significant clinical benefit’ over the existing indications. Approvals for other product line extensions, including different pharmaceutical forms, are regarded as a bundle of approvals for which only one data exclusivity period is available. This new directive applies only to data relating to NCE products submitted for approval after 31 October 2005, hence do not affect any of the current Pipeline Patent Intelligence products.

Generic applications in the EU, patents and exclusivity

Types of protection on the originator molecule that have to be taken into account by generic drug manufacturers when filing applications for generic drugs in the EU include the following:
Patents
Patents in the EU last for 20 years. Pharmaceutical products are normally covered by a number of patents, sometimes by as many as 30 to 40 patents or more. For pharmaceuticals these patents can be extended with a maximum of five years via a supplementary protection certificate.
Evergreening
A patent on a new use or ‘indication’, formulation, salt or ester can block the registration or marketing of a generic medicine for treatments where the original patent has already expired. This strategy is known as ‘evergreening’ aims to prevent or delay competition from generic medicines by extending market protection through patents on minor changes to the original product.
Data exclusivity
Data exclusivity is a separate and additional provision to patent protection for the originator medicine. With data exclusivity, there can be neither disclosure of regulatory data to a competitor nor regulatory reliance upon the data. Data exclusivity is the period during which no generic drug application can take place.
Therefore, generic medicines can only be evaluated and approved by the medicines regulatory authorities after the data exclusivity period has expired.
In the EU there is now an 8+2(+1) formula for data and marketing exclusivity, which means that originator’s data is protected for 8 years and they have marketing exclusivity for a maximum of 11 years from first marketing approval in the EU.
Exclusivity period: 8+2(+1)
The 8+2(+1) exclusivity period came into effect in the EU in late 2005.
8 years data exclusivity dating from the European Commission authorisation decision: before that, no generic applications may be filed.
+2 years marketing protection: no generic applications may be approved.
+1 year: new indication(s) if it constitutes a significant clinical benefit.
It applies for all products, regardless of whether they followed a centralised or national approval procedure.
It is not retroactive; it does not affect exclusivity periods for products for which applications were submitted before the effective date—late 2005.
Market exclusivity
With marketing exclusivity, the agency cannot allow a competing product to enter the market during the time period in which an innovator has a right of exclusivity.
Submission of generic applications is only possible after the expiry of the data exclusivity at year 8. However, there is no linkage of patent protection with registration. Approval of the application and launch of the generic can then take place at year 10 if there is no patent protection, and if there is no additional 1 year of marketing exclusivity due to a significant new indication registered for the reference product during the first 8 years of license, see figure below.