In June 2016, two API manufacturers in China received a Warning Letter from the FDA. Both companies had major deficiencies regarding data integrity. For instance, manipulations were found in HPLC analyses as well as in GC analyses. You will find more information on the current FDA Warning Letters for Chongqing Lummy and Shanghai Desano here. http://www.gmp-compliance.org/enews_05496_Two-new-FDA-Warning-Letters-for-API-Manufacturers-in-China_15488,15484,Z-QCM_n.html
The Chinese Company Chongqing Lummy Pharmaceutical Co., Ltd. received a Warning Letter from the FDA on June 21, 2016. This Warning Letter referred to both the FDA inspection from March 14-16, 2016 and the response which the API manufacturer had sent to the FDA on March 31, 2016.

It was claimed that Chongqing Lummy Pharmaceuticals had no adequate control in place to prevent data manipulation or deletion. The FDA investigator’s review of the audit trail revealed that an analyst had manipulated the computerized gas chromatography (GC) system to falsify residual solvent results for several API batches.

The analyst had set back the clock of the GC computer to make it appear that the test had been done 7 months earlier. Then he analyzed 5 different injections in order to determine the 12-month value of the long-term stability test. Afterwards, the analyst deleted the original data and only reported the five new results that were conform. The FDA inspection revealed that this procedure of setting back the clock was conducted with at least five other API batches.

During the review of the HPLC system, the FDA inspector found that the HPLC system was configured in a way that analytical results were automatically deleted whenever a test was aborted prior to completion. The review of the audit trail for the Chemstation software indicated that during the analyses of content and impurities, the partial results of aborted tests were automatically deleted from the HPLC system’s records of these analyses. The clock was also set back on the computer for the HPLC analyses in order to retrospectively obtain “conform” results for stability tests.

The company’s response on March 31, 2016 wasn’t satisfactory for the FDA, either. In summary, the FDA writes: “Your response does not indicate how the software upgrades, the SOP revisions or trainings suggested by you can prevent data deletion in the future nor how your quality unit intends to guarantee that the data critical for approval are complete and correct. A response to the FDA is expected within 15 working days. And if you plan to discontinue the delivery of API to the U.S. altogether, FDA requests that you contact CDER’s Drug Shortages Staff immediately.”

Also with the second API manufacturer (Shanghai Desano Chemical Pharmaceutical Co., Ltd.), the data of the laboratory tests were targeted. Here, the main complaint was that laboratory staff performed “unofficial” tests without adequate documentation, justification or investigation:
The original, unofficial analyses were stored in a separate “test folder” and were not part of the official QC data. The inspection revealed that this company had performed about 8,400 of these unofficial chromatographic analyses between 2012 and 2014. According to their internal SOP, all these tests should have been documented. The volume of data in these auxiliary “test folders” suggests that performing unofficial analyses is a common practice at this facility. 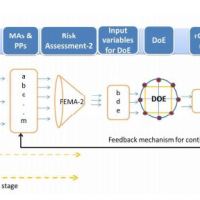