The topic of starting materials has been a vexed topic for some period. Indeed concerns relating to lack of clarity and issues pertaining to practical implementation led the EMA in Sept 2014 to publish a reflection paper—Reflection on the requirements for selection and justification of starting materials for the manufacture of chemical active substances.(10) The paper sought to outline key issues as well as authority expectations; specific areas of interest identified included the following: 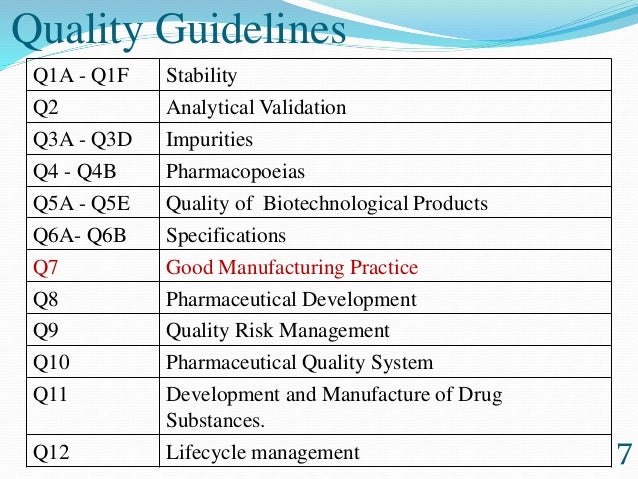 While the consensus was that overall this provided a useful perspective of at least the EMA’s interpretation of ICH Q11(2) and requirements for starting material selection, further discussion was required to address this subject to the satisfaction of both industry and regulators.
In November 2016 ICH released a Q&A document pertaining to ICH Q11, the purpose of which is to clarify the expectations regarding the selection and justification of starting materials for drug substance manufacture. This has reached Step 2,(11) a consensus document released for public comment, the deadline being March 2017.
The document comprises a series of sections, beginning with an introduction. This makes clear that the focus of the Q&A document is on chemical entity drug substances, excluding Biologics at least in the sense of definition of starting materials.
Another important proposal made within the introduction is that API starting materials that have already been accepted by regulatory authorities (e.g., for use in authorized medicinal products) would not need to be rejustified against the ICH Q11 general principles or the recommendations included in this Q&A document, unless significant changes are made to the manufacturing processes and controls.
This is important as a concern may have been that criteria defined in the document would be retrospectively applied. It is though caviated, stating that a starting material accepted for one manufacturer’s process may not be considered acceptable for a different manufacturer’s process.
It also states that designation of starting materials should be based on process knowledge for the intended commercial process. It emphasizes that all of the general principles in ICH Q11 Section 5 should always be considered holistically, together with the clarifications in this Q&A document, rather than applying a single general principle or Q&A clarification in isolation. This was a thread central to the argumentation within the earlier EMA guideline.

The questions and answers are aligned to specific sections within the guideline, although all questions are focused specifically on Section 5—Selection of starting material and source material. There are 16 questions in total covering the following aspects:

It is beyond the scope of this review to examine the specific text associated with all 16 questions. In general though the position articulated throughout is pragmatic and also, in general, answers are clear and relatively concise.

Key points of note include

In essence, provided any MI associated with a starting material is demonstrably controlled it is not necessary to register stages that simply employ the use of mutagenic reagents.

Again, the key concerns raised by the EMA reflection paper(10) are reflected on, i.e. registration of short syntheses that employ complex custom-made starting materials and a lack of details preventing authorities being able to assess the suitability of a proposed registered starting material and its associated control strategy. Arguably in that context the answer provided to question 5.6 is the most critical in the Q&A document.
Question 5.6 ICH Q11 states that “enough of the drug substance manufacturing process should be described in the application···” What considerations should an applicant apply in the selection of the proposed starting materials to ensure that enough of the drugs substance manufacturing process will be described in the process description in Section 3.2.S.2.2 of the application?

Of primary importance is that the applicant must first evaluate which chemical transformation steps in the manufacturing process impact the impurity profile of the drug substance. With the clarification now provided in respect to MIs and “persistency” this should be more straightforward than previously was the case.

Another key point made is the need for an applicant to examine steps immediately upstream of those identified as critical and within those upstream to consider if:

The key point made here is that you cannot simply add multiple purification steps prior to a proposed starting material.

If either are the case then these should be included within the registered synthesis.

Perhaps the most contentious aspect of the response though is the caveat that if having conducted the assessment described and if based on this the result is that only a small number of chemical transformation steps need to be registered, the Q&A document articulates a need to include one or more additional steps. The reasons stated for this needing to be considered are

Many organizations will I’m sure challenge this, as it seems to suggest little or no control around quality of starting materials; in reality that is far from the case.
Ultimately does the response to this question and the overall document adequately address regulatory concerns, in particular those outlined EMA? Only time will tell, but overall this is a welcome development.

One thought on “ICH Q11 Q and A Document”