In June 2016 the World Health Organization (WHO) published a draft document “Guidelines on Validation – Appendix 4 Analytical Method Validation”. Comments on the text should be sent to WHO until July 30, 2016.

The appendix 4 of the published Supplementary guidelines on good manufacturing practices: validation (WHO Technical Report Series, No. 937, 2006, Annex 4) has been revised in view of current trends in validation. The appendix presents some information on the characteristics that should be considered during validation of analytical methods. Approaches other than those specified in the Appendix may be followed and may be acceptable.

The new Appendix 4 is structured as follows (New and revised):

The revised version of appendix 4 parallels certain considerations of the current USP lifecycle approach for analytical method validation. However, QbD concepts and the Analytical Target Profile (ATP) – which is equivalent to the Quality Target Product Profile (QTPP) – have not yet been introduced in the WHO draft.

According to WHO the draft of Appendix 4 will also be placed on the WHO Medicines website under “Current projects“.

Members of the ECA Academy are able to access the new WHO Guidelines on Validation – Appendix 4 Analytical Method Validation in the ECA Members Area.

WHO publishes revised draft on GTDP for pharmaceutical starting material

The WHO has published a proposal to revise the Good Trade and Distribuiton Practices for Pharmaceutical Starting Materials. Read more. 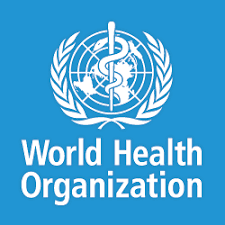