While the focus of attention has been on Indian manufacturers during the last 2 years now also Chinese manufacturers are in the spot light. On 15 June 2015 the National Agency for Medicines and Medical Devices of Romania entered a GMP Non-Compliance Report for Zhuhai United Laboratories into EudraGMDP. Read more about the GMP deviations observed at Zhuhai United.

While the focus of attention has been on Indian manufacturers during the last 2 years now also Chinese manufacturers are again in the spot light. Just recently the EU found serious GMP deviations at an API manufacturer (Huzhou Sunflower Pharmaceuticals) and on 15 June 2015 the National Agency for Medicines and Medical Devices of Romania entered a GMP Non-Compliance Report for Zhuhai United Laboratories Co., LTD located at Sanzao Science &Technology Park, National Hi-Tech Zone, Zhuhai, Guangdong, 519040, China into EudraGMDP.

According to the report issued by the EU GMP Inspectors, Zhuhai United was not “operating its aseptic manufacture operations in compliance with EU GMP Annex 1. This was evident from the high number of observations regarding the aseptic manufacturing facilities design, equipment, operations, environment monitoring and media fill validation”. The internal quality system of the company did not detect the problems. As a consequence the GMP non-compliance report was issued in the EU database. Companies purchasing from Zhuhai United must change the API supplier. The CEP has been suspended.

However, the case also reveals a serious problem for patients in Europe. Due to the move of manufacturing sites mainly to Asia alternative sources may not always exist. In this specific case the EU GMP certificate was withdrawn by the GMP Inspectors but will be reissued to include only non-sterile products. A restricted GMP Certificate will be issued for sterile critical medicinal products for Romania, France, and UK.

Stakeholders in industry, authorities and in government in the EU need to discuss the problems caused by outsourcing and to the fact that products will sometimes only be manufactured by single sources in the necessary quantity. Once these suppliers do not comply with GMP, products are no available any longer, or by exceptions these non GMP compliant products may still be used in order to treat patients with medicines they urgently need. Both options are not acceptable from a patient point of view. 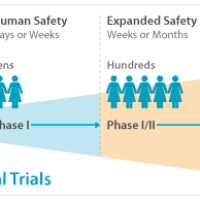